It was cold. It was windy. It was links golf, void of trees but scenic in a rough and barren way. It was the toughest golf course I have ever played. It was Northern Ireland’s Royal County Down, perennially rated one of the top ten golf courses in the world. My adventure began with an hour’s bus ride from the port of Belfast. I was but one in a group of golfers from Crystal Cruise Line’s Serenity who were enjoying a 10-day golf themed cruise around the British Isles led by Hall of Fame golfer Billy Casper and PGA Golf Professional John Clark of the Golf Academy of San Diego. We drove south from Belfast to the picturesque seaside town of Newcastle and our ultimate destination, Royal County Down, the second of six courses on our golf theme cruise. Our relaxing ride, past rows of tidy homes and lush green fields, was described later as, “the calm before the storm”.

Royal County Down’s championship course, site of the 2001 British Senior Open and the 2007 Walker Cup match which will pit the US against Great Britain and Ireland, was designed in 1888 by Old Tom Morris, one of the most revered men in the annuals of golf and golf course design. Morris captured the true essence of links golf with this masterpiece, which turned out to be difficult beyond belief for yours truly. Having played mostly on California courses where rough, fairways and greens are manicured for ease of play, I was overwhelmed by Royal County Down’s multitude of five to ten foot deep crater-like bunkers; its thick, omni present yellow flowered gorse bushes with their sharp protective needle-like thorns, and its gnarly grass rough.

My day on the course was more a test of my durability than my golf capabilities. Since playing in the wind here in Southern California is something I avoid at all costs, I was ill prepared for the conditions at Royal County Down. However, testing my golfing skills in 30 mile-per-hour winds on one of the world’s top courses was not only a real challenge, it was also a real treat. Our group was relegated to the ladies tees, which at 6243 yards were more like the white tees on most courses. If we had played the yellow tees at 6651 yards, the whites at 6881 yards or the championship blues at 7181, I shutter to think what my score would have been…my red tee twenty-four over par 95 would have been much higher. I might still be looking for errant golf balls in the calf high grass rough or the beautiful but thorny gorse.

The wind obviously played a big role in my play. Of the 18 holes, only the last four were played down wind. The other 14 were played either directly into the wind or into a crosswind. Did the wind intimidate me and affect my game? No question about it. I played the last four holes in one under, birdying the 490-yard par five 18 th hole. On the other 14 holes, I was lucky to be only 25 over. It was a battle. Some quick observations about playing Royal County Down: No easy shots. Hit the fairway or lose your ball. Have your picture taken surrounded by gorse but don’t hit into it. Approach shots to the greens are difficult to hold as the greens are slick and fast. In the fairway, play bump and run shots from 10-20 yards off the green. Only one water hole on the course to worry about, the par 5 18 th hole. The course is challenging, difficult, exhilarating, scenic and enjoyable.

Would I play Royal County Down again if the opportunity were to arise? Yes, a definite yes. I would want to try and improve on my blind shots to its tight fairways; to see if I could avoid its cavernous bunkers and thick, ball swallowing rough; to improve on my bump and run shots to its fast greens…and to once again view Royal County Down’s simple, stark, natural beauty. For those interested in a shorter, less formidable course, Royal County Down is also home to the Annesley Links, a scenic par 66 course at 4708 yards from the tips. For information about Royal County Down, visit www.royalcountydown.org. For information on golf theme cruises on Crystal Cruise Line, call your local travel agent or call Crystal Cruises at 1-800-804-1500. 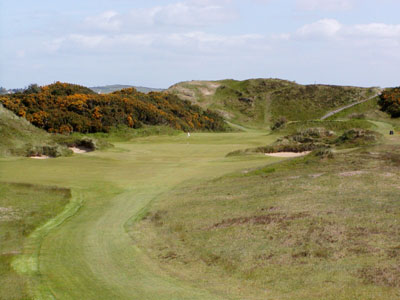 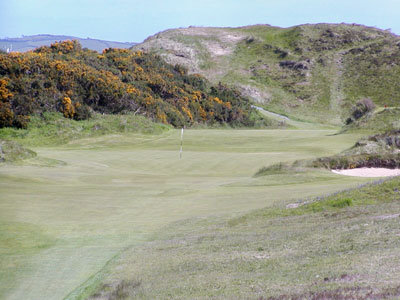 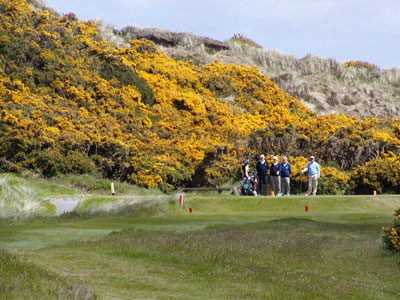 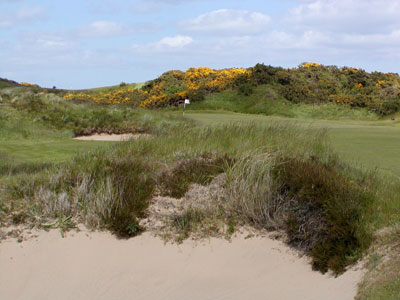 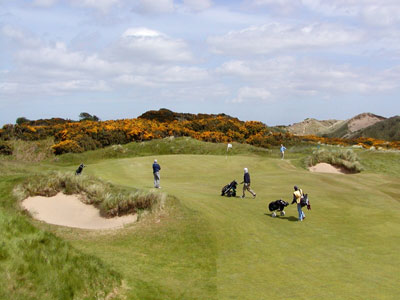 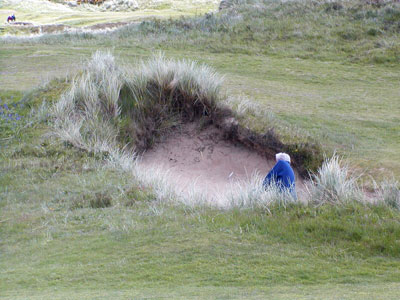 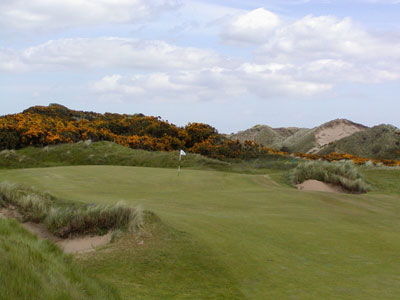 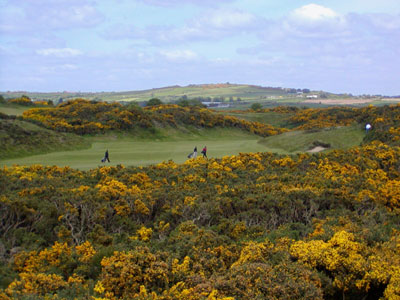 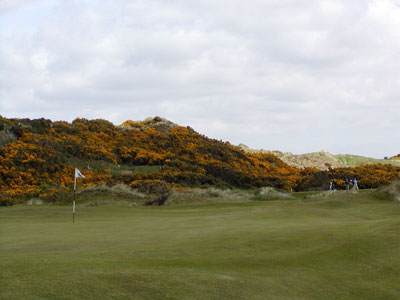 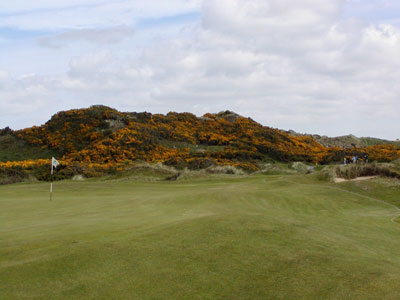